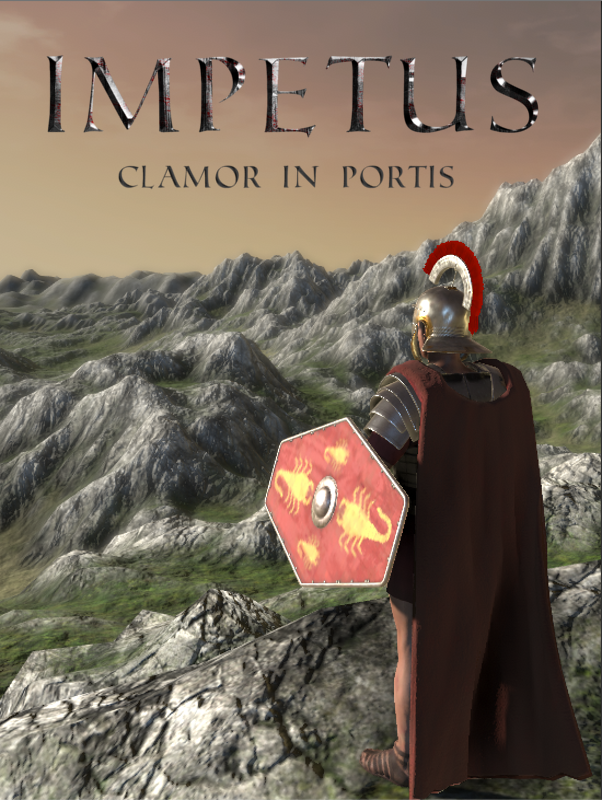 Impetus is a tactical game inspired by the events that took place after the Fall of the Roman Empire (4th-5th century AD), already plagued by the barbarian invasions and uncountable civil wars, as a result of a territory too vast and out of control.

Each player (PvP) will command a legion composed of several units, each of which has its own stats in terms of movement, attack, attack range, defense.

The key points of the gameplay are:
1. Challenge, a direct, one-on-one match, you can’t play against AIs.
2. Turn-based tactics, the only way to victory is to develop a strategy, as actions are not affected by casual or random events (e.g. throwing a dice).
3. On-line, matches are only available in on-line mode.

The basic idea is to play against real people. So that you will have to develop new tactics for each new game, battling against other players to prove that your own strategy is the winning one.

The legion is composed of the 26 military units that existed during Roman times (1st to 5th century AD) with differents skills.
A chessboard structure defines the actions and movements of the units on the battlefield, horizontally, vertically, and diagonally.
Each player is allowed a set amount of time, which will decrease at each new turn. So the players will have to devise the right attack move without losing sight of the time at their disposal.
How do you win?
– Defeat the opponent’s legion entirely
– Eliminate the Legatus Legionis
– The opponent runs out of time

The game is not just about winning a single battle.
We have created an on-line structure where each player, with their own profile and their own legion, will be able to challenge other players.

Each player will have an initial score and will be placed on the on-line ranking. After each battle, the player’s score is updated according to the Elo rating system, based on:
– the result of the battle (winning/losing)
– the opponent’s score
– the initial score of the player before the battle

All of this will lead to an even more challenging environment, where the goal is not only to win a battle, but also to climb as high as possible in the overall ranking.

So what are you waiting for?

Take command of a legion that survived the last battle and try to defeat any other legion you may encounter.
You will need all of your strength and cunning to survive: oppose the enemy considering every little detail, and find the right strategy to suffocate and destroy your opponent.
Trust no one, least of all fate, every single action will have its consequences.
Attack those who want you dead and rely only on yourself…
You must win back your fame, you must conquer the legend…